In a unique collaboration between the retailer, local producers and businesses, Harris Farm Markets recently opened their largest store in Australia. 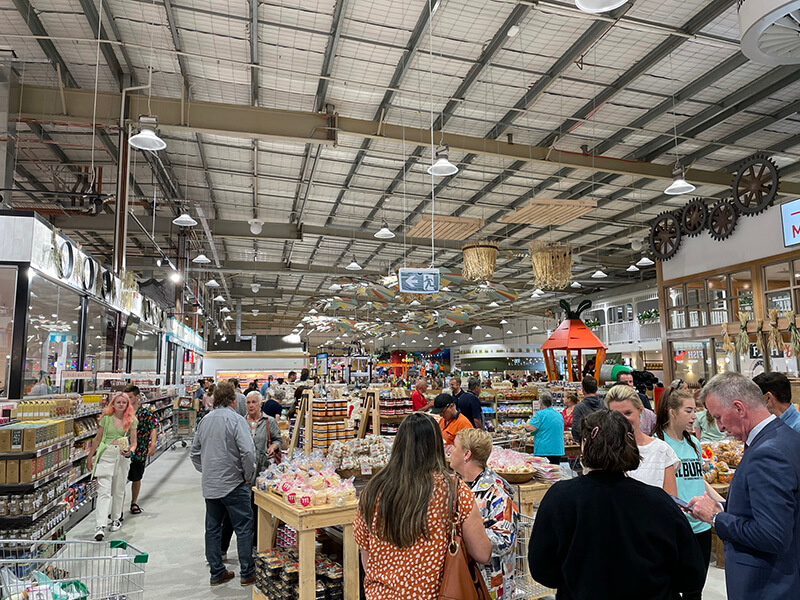 Grocery chain Harris Farm Markets has recently chosen Albury Wodonga to open its largest store in Australia. The store is a massive 4,450-square metres with the site chosen specifically for the opportunities of growth and creativity. The Harris family is also excited by the opportunity Albury Wodonga provides for potential expansion into Victoria as well as the Border’s location as a food bowl for the region.

The retailer opened its doors in the old Bunnings Building on Young Street on 29 January 2021 and unveiled its significant $12 million fit out.

Harris Farm Markets Albury is focused on being a unique shopping experience. The store has a family fun fair atmosphere with lots of displays to interact with and admire. Rather than focusing only on shopping, customers are encouraged to stay, play and eat. Much of the interior decoration within the store has come from locally sourced recycled and repurposed materials created by skilled artists. There is a feature wall silo mural by Benalla artist Tim Bowtell and even kids from Albury Public School were involved in painting the fruit and vegetable artworks that decorate the front entrance.

As well as highly the importance of innovative, ethical and sustainable fresh food and pantry items, it is hoped that Harris Farm Markets will also become a destination store to bring retail dollars from surrounding towns and tourists into Albury Wodonga.

Employing 150 staff from the Border region on top of numerous locally based trades (such as DLG and Tonkin Plumbing) and small consulting businesses (such as Design By Two, Belles and Whistles and Albury Wodonga Creatives) means the store is contributing significantly to the region’s employment and economic prosperity. Blacksmith Provedore, originating in Mulwala expanded to Harris Farm Markets increasing their operations by an additional 40 employees.

Harris Farm Markets is a unique retail concept to the Border as it houses 6 concession partners inside its premises. Five of the 6 concessions are locally based retailers including Rebel Donuts, a Melbourne based business who has relocated to Wodonga specifically to oversee their Harris Farm operations. Others, such as Gundowring Ice Cream, Milawa Bread and Murray River Smokehouse, view the Albury Harris Farm store as an opportunity to try out new product lines and expand.

As well as the concession partners, Harris Farms Markets prides itself on supporting local suppliers and is stocking several local brands such as Beechworth Honey and Rich Glen Olive Estate, providing an exciting opportunity for these producers to gain access to a wider customer base. 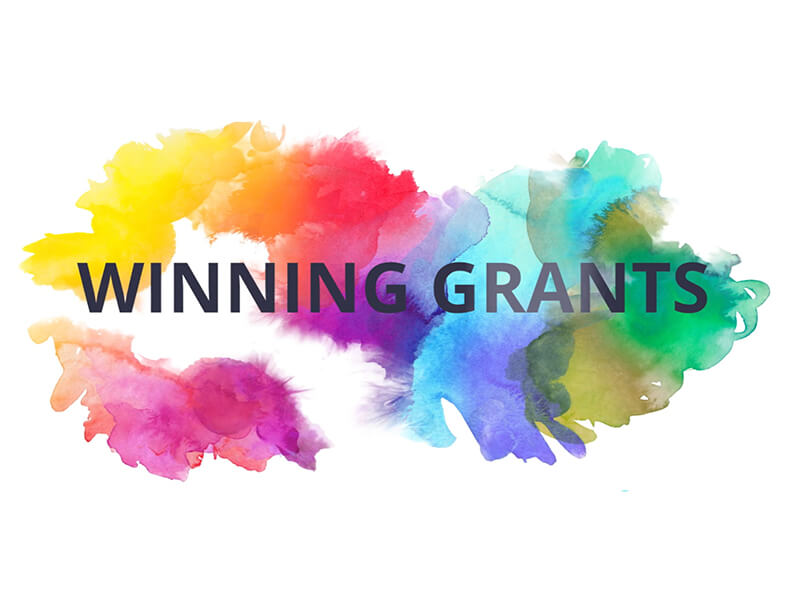 The recently launched Albury Wodonga Grants Hub is set to keep residents, businesses and community groups in the know when it comes to grant opportunities. 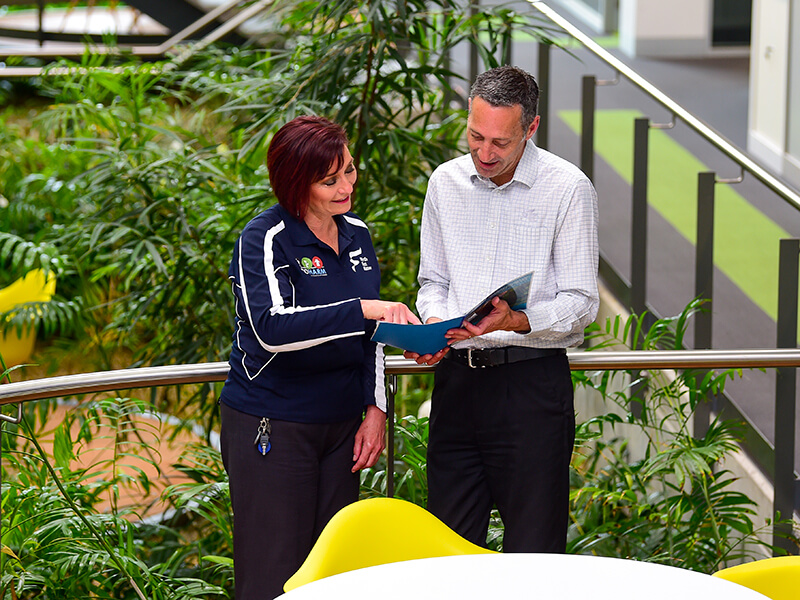 Fostering innovation, strengthening collaboration and supporting the creation of new opportunities is the focus of the Wodonga Innovation Program. 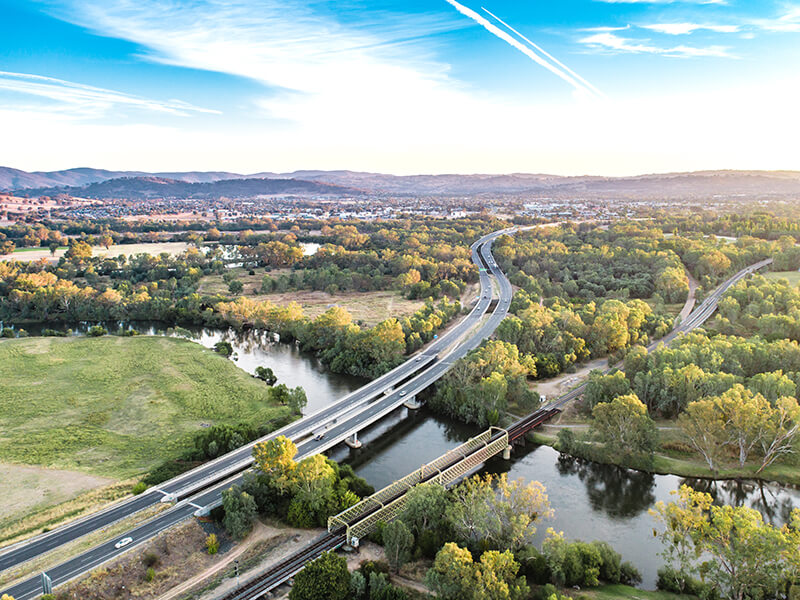 Just a few short weeks away, the conference will bring together key players to discuss how this nationally significant infrastructure project will future proof Australia’s supply chains.